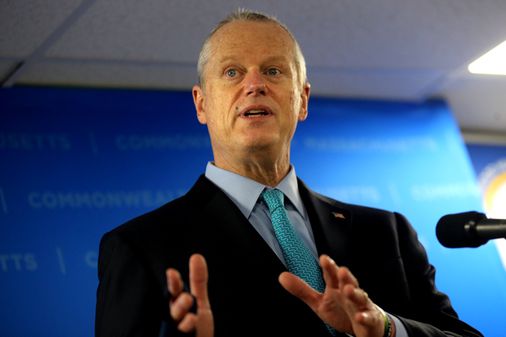 Governor Charlie Baker on Thursday signed a bill that will freeze unemployment insurance rates and attempt to ease the burden on taxpayers by excluding federal assistance loans from taxable income, but returned part of the bill to lawmakers seeking changes in certain areas, state officials said.

The new law maintains the current unemployment insurance rates for 2021 and 2022, which will prevent a 60% increase from affecting employers, and does not impose paycheck protection program loans and loan advances economic disaster, according to a letter Thursday from Baker to the Senate and Home.

It also authorizes the state to issue bonds, backed by a tax on employers, to repay advances from the federal unemployment account and help pay benefits and related expenses, according to the letter.

“This legislation takes a thoughtful and comprehensive approach to providing essential relief to facilitate the economic recovery of the people of Massachusetts,” Baker said in the letter.

The governor returned part of the bill calling for changes to a COVID-19 sick leave program, including a requirement that employers provide about a week of paid sick leave to workers who get vaccinated, fall sick with COVID-19, should quarantine or isolate because of the virus or if you are caring for a family member in any of these situations.

Baker called on lawmakers to iron out the differences between the state’s version and a similar federal mandate, so employers don’t have to follow two sets of rules, and called on them to adopt the federal requirement as per which the unemployed receive no less than their usual rate of pay. , up to $ 850, or two-thirds of the rate paid for family leave.

“The inclusion of this extra clarity will raise the floor for many workers who could benefit from this law,” Baker said.

He also called on lawmakers to convert vacation program funding into a tax credit of $ 40 per employee, whether or not employees take time off, for employers unable to access federal tax credits. Baker said this would allow the program to continue until its end date set in September rather than stopping when the money runs out.

Correction: Due to a reporting error, an earlier version of this story misinterpreted part of the bill that the governor sent back to the legislature for further consideration. The governor has called for changes to a COVID-19 sick leave program. The Globe regrets the error.