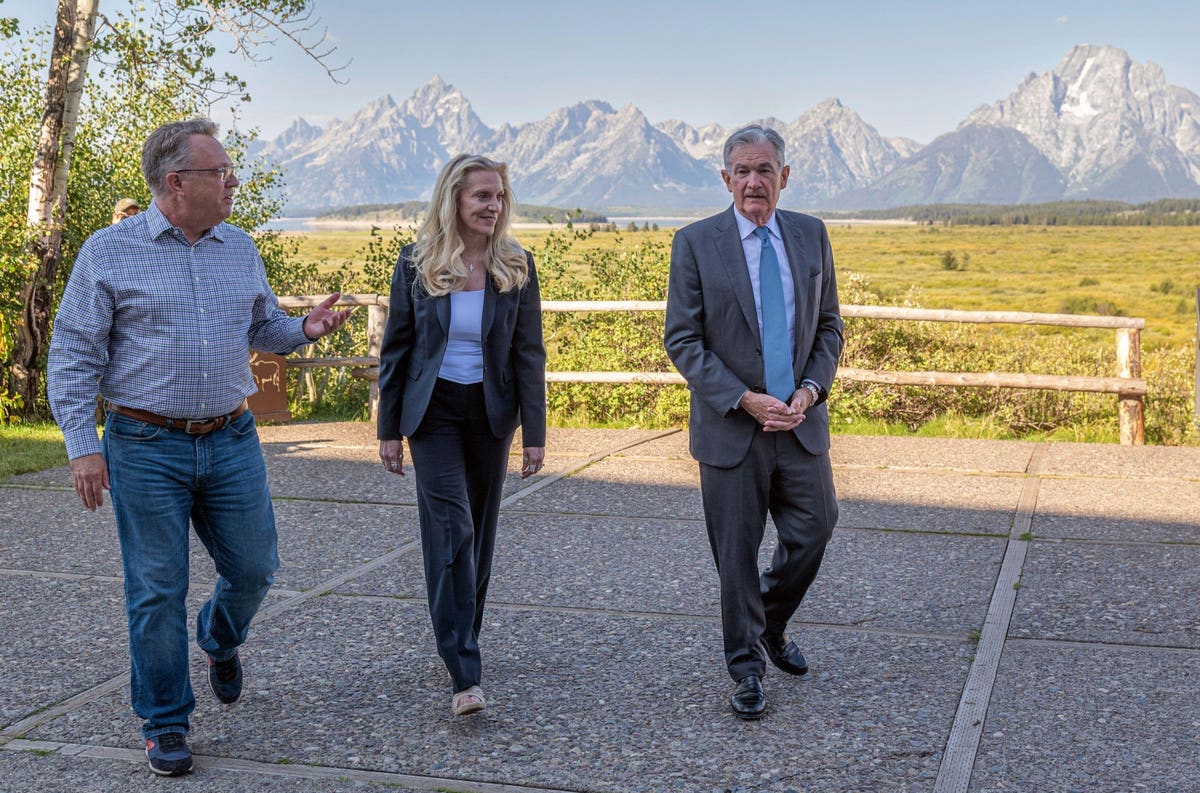 The Federal Reserve holds an annual conference in Jackson Hole, Wyoming. The three-day event isn’t just a chance for Fed leaders to get together over a cup of coffee and a hotel muffin, it’s also an invite-only event for economists. and the most eminent central bankers in the world.

This year’s conference will probably have been the most closely watched in a long time, with the constant cloud of inflation hanging over the world and the Fed primarily tasked with dealing with the problem in the United States.

Fed Chairman Jerome Powell delivered his keynote address at the conference and outlined what we can expect from them in the coming months. He didn’t mince words either, saying the Fed “will use our tools forcefully” to fight rising prices.

For investors, this means that there will likely be plenty of central bank intervention ahead, in an effort to get inflation under control. This could have a significant impact on stock markets, and making the right investment decisions in this regard will be vital for investors.

Let’s dive into Jerome Powell’s comments, which investment opportunities are worth considering, and why, of all places, they’re holding their conference in Wyoming.

What was included in Jerome Powell’s speech?

Powell began by pointing out that the Fed’s focus this year is much narrower than in previous years. Typically, the role of the central bank is complex and far-reaching, with the need to address many different issues facing the economy.

This year, there is really only one. Inflation.

He explained that “the overriding objective at the moment is to bring inflation back to our 2% target” and that price stability is one of the most important aspects of the economy.

He noted that price stability is vital for a strong labor market and that rising inflation hits the poorest in society the hardest.

That all sounds good, but Powell also pointed out that the problem wouldn’t be solved without drastic measures and “some pain for households and businesses”, but that it would be the lesser of two evils compared to leaving the uncontrolled inflation.

In order to solve the problem, Powell explained that interest rates would have to continue to rise and would remain high for some time.

Currently, the member’s forecast indicates that rates will average slightly below 4% until 2023, although he hinted that this could be revised upwards at the next meeting in September.

Powell and the Fed’s resolve is clear, with concluding comments from his speech stating that “We are taking strong and rapid action to moderate demand so that it better aligns with supply and to maintain expectations.” entrenched inflation. We will continue until we are satisfied that the job is done.

These are some decisive words from the head of an organization that has the ability to impact the finances of millions of households with the click of a button.

What is the impact of the Fed on inflation?

As Powell said in closing his speech, the Fed is in a position to take action to reduce consumer demand. Reduced demand means fewer goods and services are purchased, which means prices remain stable or may even fall.

So if the Fed raises rates, that means the cost of borrowing for consumers is going up. Things like credit cards, mortgages, personal loans and store financing will all become more expensive. In theory, this means people have less money to spend on other things, reducing demand and cooling the economy.

It’s a fine line they have to walk.

Raise rates too much and household budgets are too heavily impacted, spending plummets and businesses start making far less money. In the worst case, it can potentially put the economy into recession.

If rates are too low for too long, spending can continue to rise, which can create an inflation spiral. This makes property much more expensive and can leave many families behind as they try to keep up with rising prices.

What does rising interest rates mean for investors?

This question is not so clear at the moment. Generally, higher interest rates would be seen as negative for businesses. Less money in consumers’ pockets means less money going to the companies that make up the stock market, whether it’s Amazon, Apple, Walmart or Visa.

Right now, however, the situation is a little different. Inflation is not only a problem for households, but because it is so high, businesses are also feeling the effects. Costs are passed on, but there is a limit to what can be done without affecting the demand for a company’s goods and services.

For this reason, recent Fed rate hikes have actually caused the stock market to rebound, in hopes that higher rates will begin to bring record inflation under control. That wasn’t the case on Friday, however, with stocks falling sharply on Powell’s hard-hitting comments and the S&P 500 dropping 3.7%.

Of course, the stock market isn’t just reacting to single issues, and there are many other factors at play right now that could impact prices. Either way, there are several ways to position your portfolio, regardless of the potential impact.

First, in an environment of low GDP growth or low earnings, large cap stocks tend to outperform small caps. With the Fed looking to rein in an economy that’s already not exactly running on all cylinders, there’s a good chance we’ll see earnings under pressure.

To take advantage of this, we created the AI-powered Large Cap Kit. It is a long/short investment kit that uses ETFs to go long in large caps and short in small caps.

This means that even if the market moves sideways or declines, investors can profit if large cap stocks hold up better than small caps. We use AI to rebalance this kit on a weekly basis, to maintain the optimal weights for each trade.

Second, if you’re feeling quite optimistic about the markets over the next few months, but want to add a little insurance, we offer portfolio protection. This is another AI magic that takes your portfolio position into account and automatically implements sophisticated hedging strategies to protect against volatility.

It’s like having a hedge fund manager in your pocket, and it’s available to everyone.

Why is the Fed conference being held in Wyoming?

I can’t forget this one. You would think that the Fed symposium would be held in New York, Chicago or Los Angeles. Given that Wyoming is the least populated state in the country, this seems a bit unusual choice for a meeting of high finance brains.

Yes, you read that right. The first economic conference hosted by the Fed took place in 1982, and the then president was notoriously hard to get away from his base in Washington, DC.

As an avid fly fisherman, we thought that holding the conference in Jackson Hole (which apparently has great fly fishing) would ensure it came. It worked and the conference has been held there ever since.

Take advantage of the potential for investing in federal government securities