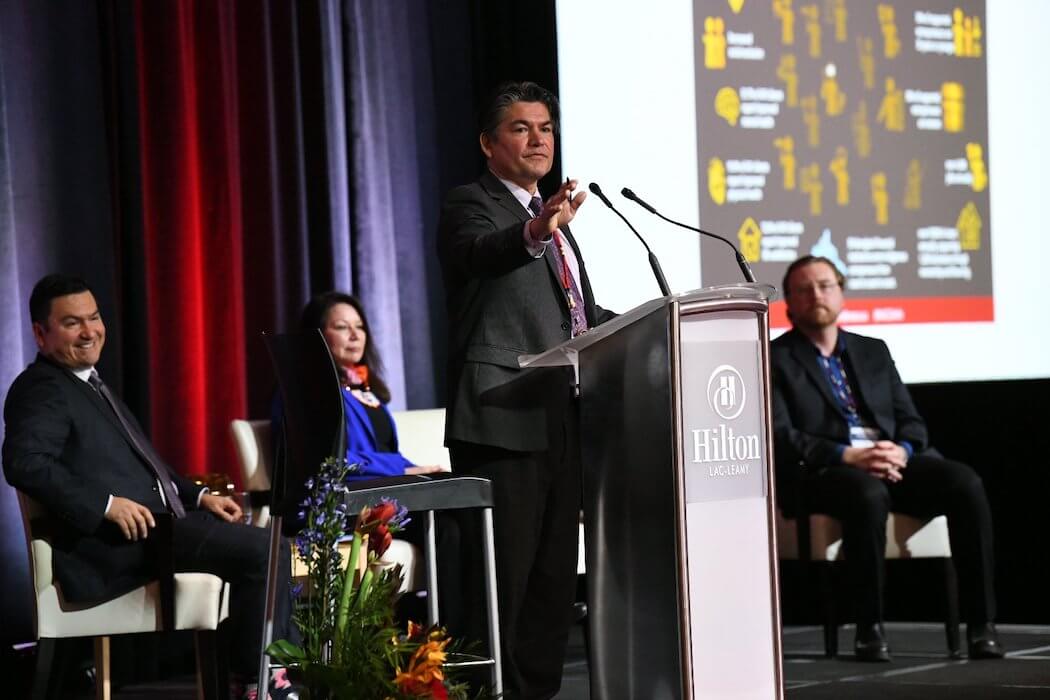 “We know this investment will spark and inspire other businesses to contribute to economic reconciliation as well.”

“By investing in Indigenous investment vehicles, we are putting reconciliation into action.
– Shannin Metatawabin

Managed by the National Association of Indigenous Capital Corporations (ANSAC), the IGF was launched as part of the Government of Canada’s 2019 budget and aims to restore “growth and prosperity” to the Indigenous economy.

The initial $150 million closing of the FMI last year was led by the federal government as well as the Business Development Bank of Canada, along with commitments from Export Development Canada and Farm Credit Canada – which distribute all three from government capital.

Metatawabin told betaKit that NACCA is currently working to secure two more similar investments from a foundation and an indigenous institutional investor.

“Then we plan to pause fundraising until existing pledges are largely exhausted,” he added.

AFIs are self-governing, Indigenous-controlled, community-based financial organizations that provide loans and trade financing to First Nations, Métis and Inuit entrepreneurs and businesses in all provinces and territories.

With its network of more than 50 financial institutions, NACCA says AFIs have deployed around 50,000 loans worth nearly $3 billion over the past three decades.

Since NACCA opened applications for the IGF in November, the organization said it has distributed $10 million to AFIs.

In March, NACCA announced a $10 million investment in the Nuu-chah-nulth Economic Development Corporation (NEDC), an AFI located on Vancouver Island. Founded by the fourteen Nuu-chah-nulth tribes in 1984, the NEDC claims to be one of the most active members of the AFI network. IGF’s contribution will allow NEDC to provide financing to small businesses, while serving First Nations clients with larger capital needs.

Once the IGF is fully utilized, NACCA said it plans to increase AFI lending by $75 million a year with loans made to about 500 businesses.

Metatawabin also told BetaKit that NACCA expects about 25 to 75 indigenous businesses to benefit from the additional capital IGF provides to AFIs “and hundreds more will follow in the years to come.”