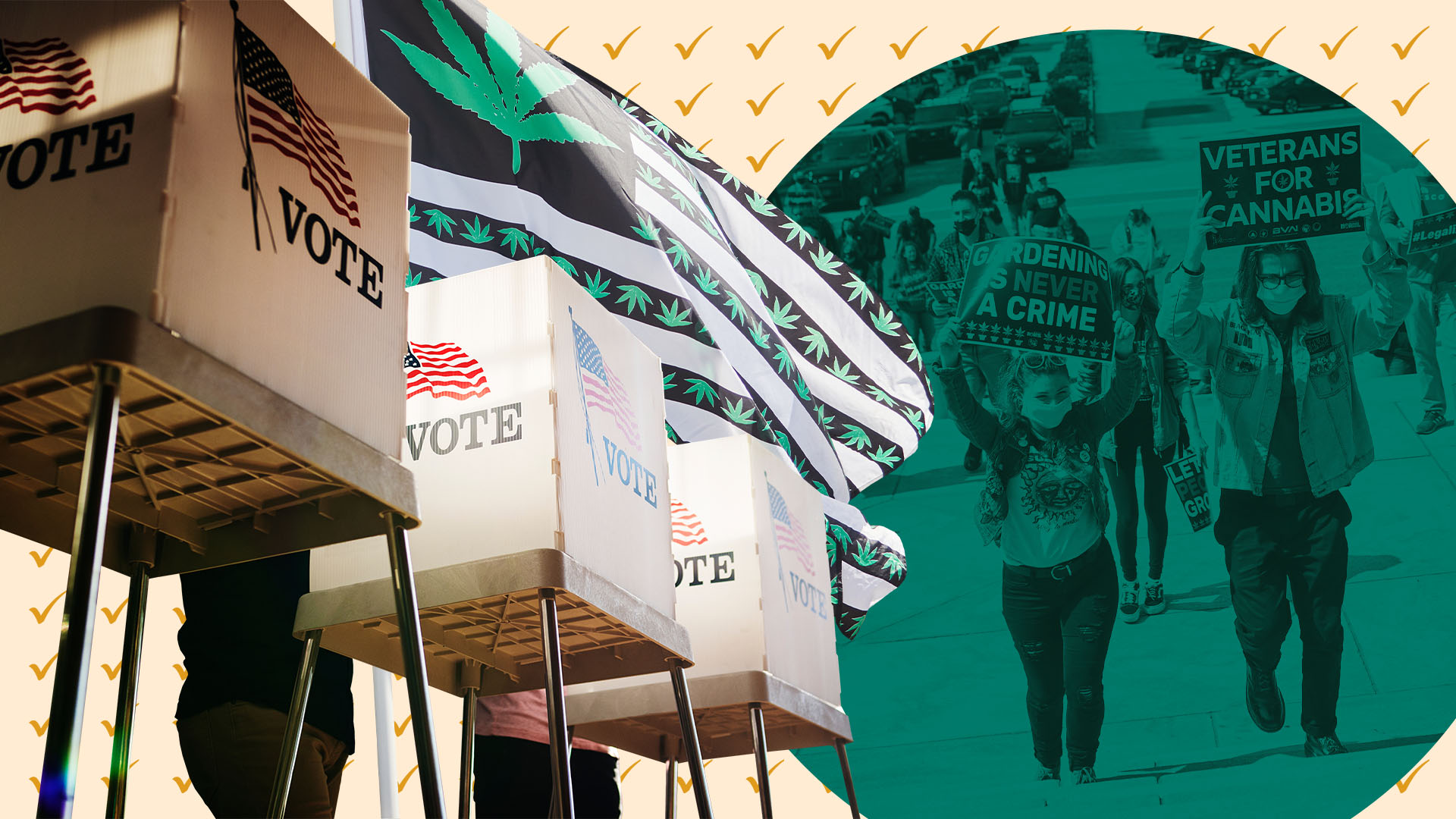 “I have to say, I can’t wait to get all my eggs into federal cannabis law. [MORE Act] basket for now.

A few months ago, the New York Times published an article on the concept of languishing, a melancholic emotion that leaves us feeling stagnant and useless. Call it a trend or call it a consequence of Covid. Either way, it’s a feeling many of us get as we approach the 4/20 cannabis holiday.

For many of us in the cannabis industry, this languid feeling is directly tied to news about the MORE Act, its recent success in the House of Representatives, and the inevitable expectation that federal legalization will wither and die in the Senate. Again.

The MORE law may not save us

We are nearing the 15-month mark with President Joe Biden in the White House, and many of us remember his promise to decriminalize cannabis as clearly as we remember sanitizing our groceries during the early weeks of the pandemic. . We see that President Biden and his administration have done *check the notes* absolutely nothing to follow through on this promise of decriminalization, and it has become hard to ignore.

“I’m talking about helping real people in jail for past cannabis ‘crimes,’ and those suffering the cruel aftereffects of a criminal record.”

But as Donald Glover once said: This is America. And I have to say, I’m not too keen on putting all my eggs in the federal cannabis law basket just yet. Let’s keep our eyes on the prize

Federal cannabis legalization measures continue to gain bipartisan support – slowly. But there are a lot of games going on in the Senate, and I think it’s best that we keep our eyes on the prize.

You know? Actual prices. Like social justice and a better America for future generations.

I’m not talking about the bill traveling around Capitol Hill. I’m talking about helping real people in jail for past cannabis-related “crimes” and those suffering the cruel aftereffects of a criminal record.

I’m talking about the possibility of investing in communities that could thrive through the investment of cannabis tax revenues. I am talking about the restoration of human rights and civil liberties throughout America. And all of this can still happen at the state and local level.

Do not mistake yourself. I love hearing about the outpouring of support for what’s happening in Congress.

But no matter what happens with the MORE Act, even if a version of it passes the Senate, we all still have a lot of work to do in our states, cities and local communities.

The case for sustainable cannabis

How to Decriminalize Weed in Your State

No matter what happens in Congress, we all still have the power to vote for lawmakers who support cannabis decriminalization at the state and local levels.

Federal legalization is important. But most people caught in our system of injustice via the trap of cannabis criminalization are trapped by local laws. They are arrested by the local cops. They are incarcerated in county jails and state prisons.

We have the power to challenge and replace local elected officials who do not support:

Despite the nagging federal legalization action, we have the power to advocate for medical marijuana programs in the 13 states that still don’t have one. We can continue to challenge stigma and stereotypes. We can make life better in our own state, our own county, our own block.

“Weed has saved us from breaks and breakdowns, chronic health issues, and collective nerves as American citizens.”

Cannabis continues to be a unique American industry, not just because of its historical roots in racism, power, and politics, but because of the love people have for the plant.

Weed has saved us from breakages and breakdowns, chronic health issues, and collective bad nerves as American citizens. A joint can be a saving grace and a nut can change your mood.

But grass alone will not save us from our languor. If the MORE Act doesn’t land on Joe Biden’s desk, we need to continue the good fight at the local level.

And you know what else is there? If the MORE law Is become the law of the land, we will still we must continue the good fight at the local level. We might as well start now.

How to Stand Up for Women and Minorities in Cannabis

Be our own heroes

Joe Biden can’t forgive our student loans and he can’t legalize cannabis. But that shouldn’t and can’t stop us from supporting the decriminalization and destigmatization of cannabis every chance we get.

“We have the ability to make changes even if the MORE Act doesn’t pass the Senate, as long as we apply our pressure in the right places.”

Cannabis is our nation’s fifth most valuable crop, and it pays the bills and keeps the lights on for nearly half a million Americans. But just like the boring devil’s advocate who challenges me to name a cannabis product that will fix his congenital heart defect and give him a hot girlfriend by next week, I’m here to say weed won’t solve everything.

There is not a single cannabis bill that will erase a historic lack of social justice in the United States.

No matter how the MORE Act plays out in the Senate this time around, we’ll still need to keep a close eye on how cannabis licensing programs are formed and maintained, who has access to licenses and start-up capital, and guard against counties and local cities. and cities discriminate against legal, licensed cannabis companies.

Legalization bills get all the glory in Congress, but power is more often wielded in local elections, city council votes, and those boring meetings that decide municipal zoning issues.

Make the fight for cannabis justice part of your new normal

Weed alone will not save us. Come on, it’s a plant!

But if you believe in the power of the cannabis plant and are willing to tap into your own agency, then you can begin to organize in your state, city, or local municipality in ways to address the damage caused by war. against drugs and creating a pathway for cannabis businesses to thrive.

Hold your local politicians accountable at the polls. If legislators won’t listen, become a legislator yourself. Be more kind to stoners you see enjoying their day. Stop testing employees for THC. You can even join the effort to reinvent drug policy in the here and now.

Federal bills can languish, but we don’t have to.

We have the ability to make changes even if the MORE Act doesn’t pass the Senate, as long as we apply our pressure in the right places. The power is ours.

Janessa was born and raised in the Midwest and is Leafly’s current cultural editor. She has a background in content, activism and African American studies.

Janessa is the creator of Lumen and Seeds of Change.

By submitting this form you will be subscribed to Leafly news and promotional emails and you agree to Leafly’s Terms of Service and Privacy Policy. You can unsubscribe from Leafly email messages at any time.

ASU professor examines inflation and the role of the Federal Reserve