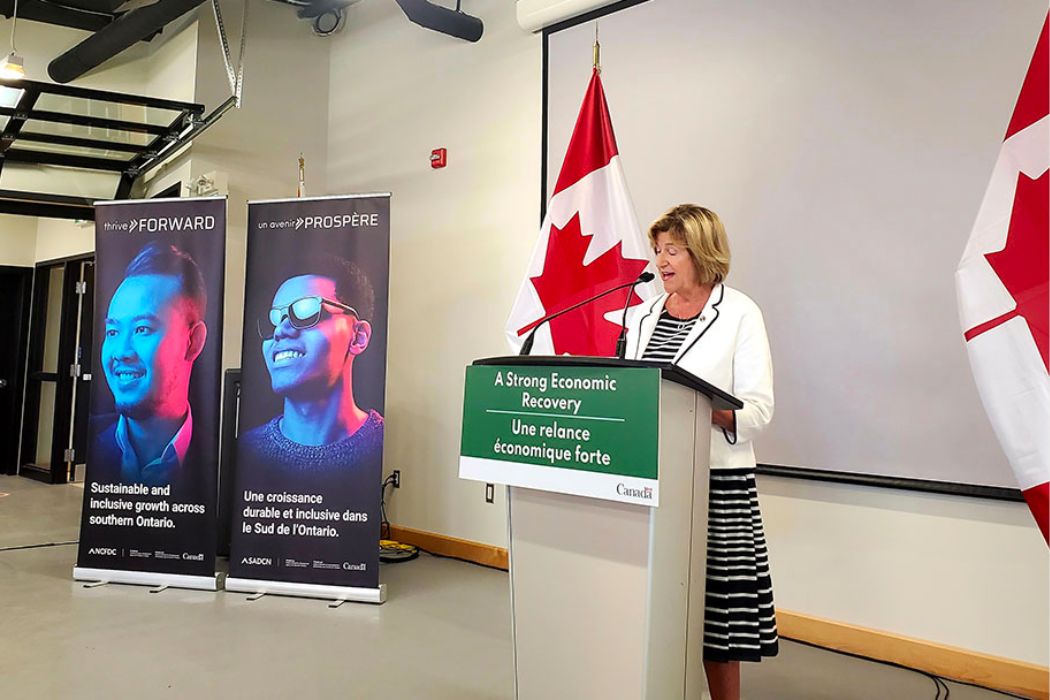 The program is expected to help 145 businesses transition to greener operations.

The Government of Canada is investing more than $7.7 million in the Community Futures Development Corporation (CFDC) of Northumberland to implement the new thriveFORWARD funding program to help technology companies in southern Ontario to grow and shift to greener business processes.

Funding is provided through the Jobs and Growth Fund of the Federal Economic Development Agency for Southern Ontario (FedDev Ontario).

Participants will be eligible to receive up to $25,000 to help them market their products and accelerate their growth. Companies in the industrial sector can also receive up to $100,000 to support the costs of adopting new digital and clean technologies. According to the Northumberland CDFC, it will focus on the food production, medical supplies and biomanufacturing sectors.

In addition, the Northumberland CFDC will align the prosper BEFORE program with the diversity, equity and inclusion goals established by Women and Gender Equality Canada’s 50-30 Challenge.

“We know across the innovation chain in southern Ontario that there is significant pent-up demand for industry partnerships like growFORWARD,” said Wendy Curtis, CEO of Northumberland CFDC. “There is an opportunity to provide strategic financing now and work with entrepreneurs to create new economic momentum in the region.”

At the end of prosperFORWARD, the federal government estimates that it would have helped 145 businesses, as well as created and maintained 500 jobs. The program was originally launched in June. Applications opened in early June with a rolling intake period until the program is fully subscribed, and no later than December 31, 2023.

Founded in 1985, SADC Northumberland is a not-for-profit organization that provides financing and strategies to entrepreneurs through various programs. He claims to have backed over 3,000 businesses to date.

In addition to thrivingFORWARD, Northumberland CDC programs also include DELIA, an ecosystem fund for women entrepreneurs, as well as StrikeUp and Policetech Accelerator.

The Northumberland CFDC is based at the Venture13 Center for Innovation and Entrepreneurship in Cobourg. Since 2001, the organization has worked closely with FedDev Ontario through its Community Futures Program to provide loans of up to $250,000 to small and medium-sized businesses.

In 2019, CFDC Northumberland also received $4.5 million from FedDev Ontario; in the same year, CDIC also pledged $952,500 in non-dilutive, performance-based seed funding to a total of 42 start-up companies in Northumberland and rural Eastern Ontario.