Democracy, governed by a simple majority without regard for the rights of minorities, has never been part of the American constitutional tradition. I defend limited democratic thinking when it is compatible with our historic constitutional law.

As individuals, as a society, our concern should be “What is right for the country as a whole? What is really fair? – not, “What’s good for me?”

A first principle on which our nation was founded was that the “laws of nature and the God of nature” should govern our behavior. Beyond that: “We hold these truths to be self-evident, that all men are created equal, that they are endowed by their Creator with certain inalienable rights, among which are Life, Liberty and the pursuit of Happiness. . these rights, governments are instituted among men, deriving their just powers from the consent of the governed.

Our Republic is “a government in which the ultimate power resides in a body of laws approved by the citizens”. Elected officials accountable to citizens must carry out this [temporally] “supreme power. Ours is a government of right – no fickle whims on the part of those who are temporarily in power. While our republic is founded on the principle that just powers emanate from the consent of the governed, our Constitution demands a super-majority to break with its traditions The whim of a simple majority does not constitute “consent of the governed” to overturn the law or the tradition.

Our federal system is a system in which powers are divided between a central authority (the “federal” government) and a number of constituent territorial units (state governments). The central government has certain powers; locals have certain other powers; and the two share in other areas as well. The Constitution of the United States did not endow America with a democracy but with a federal republic.

Members of the Constitutional Convention, in an effort to protect minorities from the whims of the majority and to preserve legitimate tradition, provided for a republic under the status quo of the Constitution of the United States of America as “basic law “. Thus, a major concept of our Constitution is that traditional law prevails over capricious popular whims and can only be amended by defined super-majorities.

The Constitution is the result of many compromises, many of which have attempted to resolve deep-seated differences between “Small States” and “Large States”. Two of these compromises, creating the United States Congress and the Electoral College, respond to the need and character of the Federal Republic of the United States. By creating Congress (the Senate and the House of Representatives), the convention provided that large states (in a concession to democracy) would have representation in the House of Representatives numbered according to the population of each state, and provided that each small state has equal representation with each large state (two senators per state) in the Senate.

To help protect the rights of minorities, to uphold the rule of law over the rule of the crowd, to establish working relationships between populous and less populous states and between defenders of state rights and sovereignty popular, the Constitutional Convention provided for in the Constitution of the United States, and presented to the states for adoption, not a democracy, but a federal republic.

I am a little Republican “r” who defends limited democratic thinking when it conforms to our historic traditional law.

Presentation of the first cabinet of the Federal Republic of Mthwakazi 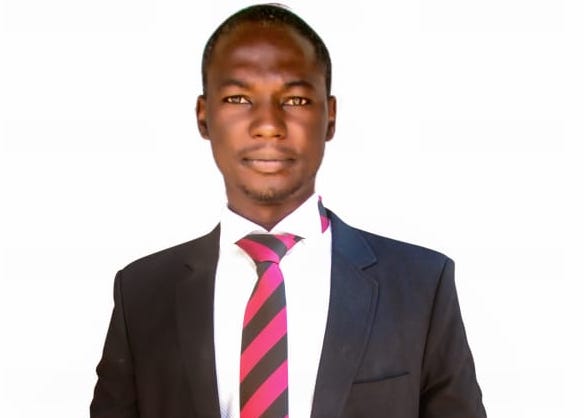