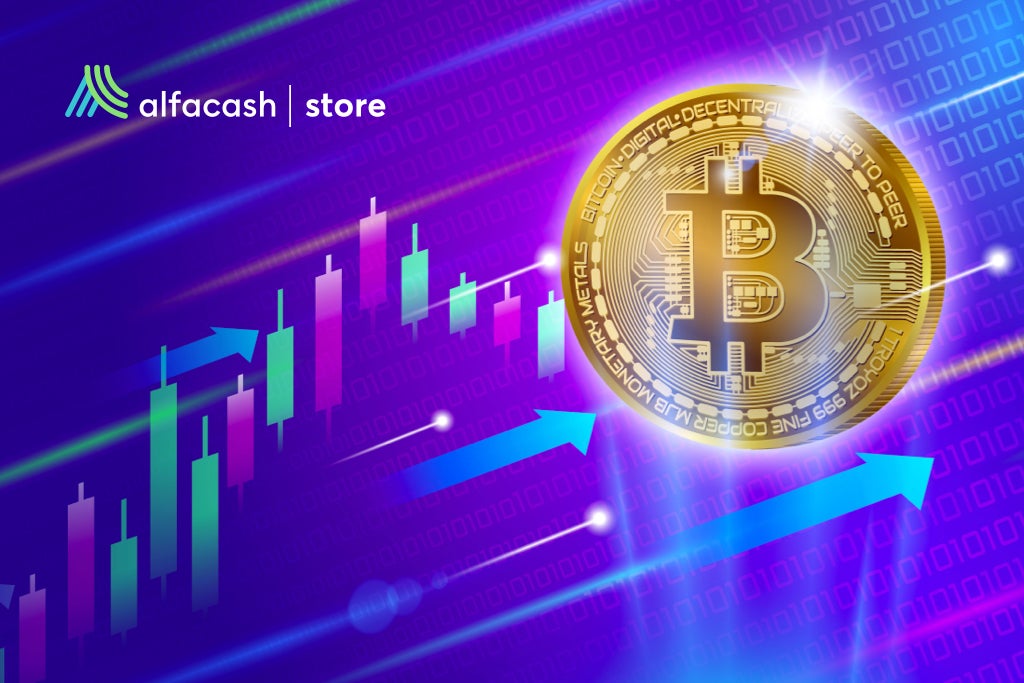 This post contains sponsored advertising content. This content is for informational purposes only and is not intended to be investment advice.
When considering the factors influencing the Bitcoin exchange rate, one in particular stands out: the key rate set by the US Federal Reserve. Understanding how this mechanism impacts the crypto market can help crypto investors make the right decisions.

If the policy rate is reduced, the cost of money for business organizations is also effectively reduced. Depending on the policy rate, the interest rate on loans and deposits also decreases. Loans therefore become cheaper and deposits less profitable. If the interest rate increases, the cost of money to the bank increases. Indeed, contracting loans becomes less favourable, but the profitability of deposits increases.

The interest rate also affects the stock market. Indeed, a rise in the policy rate also leads to a rise in the yield of new Treasury bonds issued, while the value of bonds already issued at lower yields falls. For example, if the policy rate is 1.5%, then the government bond yield has traditionally been quite close to that level, say 2%. This means that the holder of these bonds receives an annual income of 2% from the bonds. If the key rate rises to 3%, new bonds are issued with a yield of around 3.5 to 4%. Meanwhile, the yield on bonds that were issued at the previous policy rate remains at 2%. As old bonds are less attractive in terms of profitability, their market value falls.

The key rate is indeed an instrument that has a direct impact on the country’s economy. The lower the policy rate, and therefore the cheaper the loans, the faster money moves through the economy; people’s purchasing power increases because they can take out cheaper loans from the bank, which means businesses can grow faster. Of course, the latter is usually not possible without a loan.

However, these advantages have a downside: cheap loans can increase inflation through excess aggregate demand. When inflation risks increase, the central bank may decide to raise the policy rate, making loans less affordable, reducing consumer demand for goods and slowing the growth of industry. This will certainly slow inflation, but will also lead to slower economic growth. Regulators around the world constantly conduct this balancing act, raising and lowering the policy rate according to economic indicators.

The link between Bitcoin and the level of the policy rate (in the United States) has intensified over the past five years, as US capital has become almost overwhelming in the crypto market. American investors – retail and institutional – have used cryptocurrency investments to maximize their return on investment. Even equities haven’t shown such growth, not to mention Treasuries (with their annual yield below 2%).

But, of course, there is one rule we forget. Diversifying an investment portfolio always assumes the presence of both high-risk (stocks, cryptocurrencies) and low-risk (bonds) assets. Indeed, if investors expect a rise in the key rate, then they expect a rise in the yield of low-risk bonds. This causes an outflow of capital from high-risk assets, including cryptocurrencies, and bonds already issued, the yield of which in the future will be lower than the yield of new bonds issued with an increased key rate. Part of the capital withdrawn will then be invested in new bonds with higher yields after the rise in key rates.

This happened at the turn of 2021/2022 when the US Federal Reserve announced the acceleration of the reduction of the economic stimulus program and the hikes in key rates planned for 2022. The first of these reports from the Fed appeared in November 2021. Then Bitcoin was trading at a level above $60,000. After reports of an impending rate hike, the cryptocurrency’s exchange rate began to decline, and in January the price fell below $40,000.

Mike McGlone, Bloomberg Chief Commodity Strategist called expectations of a rise in key rates a “hurdle” and a “headwind” for the Bitcoin exchange rate. However, his positive assessment of Bitcoin’s future remained unchanged with the words “Bitcoin has already proven its worth.”

“Above all, Bitcoin is not directly dependent on the policy rate. On the one hand, if market participants expect a rate hike, its rate is under pressure. But on the other hand, rising rates indicate that the regulator sees inflationary risks. , in recent years, has become in the eyes of American investors an alternative to gold, which is used to hedge inflation risks”, underlines Nikita Soshnikov, director at Alfacash. According to him, after every message about a possible acceleration of rate hikes (and there have already been several in the first quarter of 2022), the volume of Bitcoin sales on his platform increased by 25-30% compared to the average. daily.

On Alfacash Store, users can buy and sell more than 19 cryptocurrencies with EUR. The company claims that it is one of the fastest and safest ways to exchange digital currencies in the European Union and is constantly improving its services. The platform offers SEPA transfers for incoming and outgoing payments with cryptocurrencies in a fully non-custodial, regulated and automatic process. And while the platform might not be as popular as Binance and others, it supports most popular cryptocurrencies such as Bitcoin, Ethereum, Ripple, USDC, USDT, DOGE, etc. Alfacash Store is committed to becoming the most convenient way to provide financial services to everyone, wherever they are.

To discover their benefits and other nice surprises for yourself, visit Alfacash Store now!